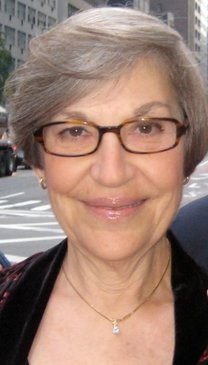 The author of the novels Hear My Voice and Flower Toward the Sun, ​Marcia R. Rudin was born in Pueblo, Colorado and grew up in Champaign, Illinois. She graduated Magna Cum Laude from Boston University, majoring in Philosophy and Religion, where she was elected to the Phi Beta Kappa honorary society. Ms. Rudin also studied Social Anthropology and Theology at the University of Edinburgh, earning Second Honors. She received a joint MA Degree in Religion from Columbia University and Union Theological Seminary, specializing in Philosophy of Religion. She studied for a Ph.D. in Philosophy at the New School for Social Research. After teaching History of Religion at Brooklyn Friends School, she joined the faculty of William Paterson College in New Jersey, where she taught philosophy, history of religion, and philosophy of education at both undergraduate and graduate levels. She has also been a guest professor and lecturer at Saint Leo University in Saint Leo, Florida.

She is co-author with Rabbis A. James Rudin and Hirshel Jaffe of Why Me? Why Anyone?, published by St. Martin’s Press and reissued by Jason Aronson, Inc., and with Rabbi Rudin of Prison or Paradise? The New Religious Cults, published by Fortress Press. She edited and contributed to the anthology Cults on Campus: Continuing Challenge, an International Cult Education Program book published by the International Cultic Studies Association.

She is also a screenwriter and playwright. She was a resident in screenwriting at the MacDowell Colony of the Arts in 2003. Nine of her plays have received fourteen productions in Manhattan, New Jersey, Santa Cruz and San Diego, California, Charles Town, West Virginia, and Canton, Michigan. Two have been produced as podcasts, and several have received staged readings. Her ten-minute play Paul Newman Hops the Amtrak Auto-Train was a winner in 2006 of the ETC playwriting contests of Naples  (FL) Players at Sugden Community Theatre and was read over radio station WGCU-FM in Fort Myers. Her one-act play Closings was the Silver Medalist at the 2017 New Voice Play Festival at the Old Opera House Theatre Company and Arts Centre in Charles Town, West Virginia.

An acknowledged international expert on destructive cults for over thirty years, Ms. Rudin is the Founding Director of the International Cult Education Program, a preventive-education outreach of the International Cultic Studies Association.  She has written widely about cults and psychological manipulation, appeared at conferences and panel discussions, and lectured on these topics throughout the U.S. and in Canada and Poland.  Ms. Rudin has been cited as a cult expert in such publications as The New York Times, Newsweek, The Washington Post, The Philadelphia Enquirer, The Los Angeles Times, Modern Maturity, The Chicago Sun Times, The Portland Oregonian, The Austin-American Statesman, and Woman’s Day.

In her role as a cult-educator, she wrote and is Associate Producer of the videotape Cults: Saying No Under Pressure, featuring Charleton Heston; is the writer and producer of the videotape After the Cult: Recovering Together; and edited and produced the videotape Blessed Child: An Interview with Donna Collins.  She authored the International Cult Education Program lesson plan for middle and high school students Too Good to be True: Resisting Cults and Psychological Manipulation and edited the International Cult Education Program newsletter Young People and Cults.

She lives in Ft. Myers, Florida and Manhattan with her husband, Rabbi James Rudin. They have two daughters, Rabbi Eve Rudin, Director of Education, Youth and Families at Larchmont Temple and Jennifer Rudin, a writer and animation agent at International Creative Management Partners. She has one granddaughter, Emma Mollie Weiner.

Ms. Rudin is happy to speak at book clubs either in person or via Facetime or Zoom.
​Query her via the Contact page.